LEN European Aquatics was searching for a new vendor to supply sufficient Wi-Fi connection for one of its top championship events.

The Tokyo Summer Olympics are just around the corner having been postponed in 2020 because of the pandemic, with athletes from around the world preparing for the global event.

The 2019 LEN European Diving Championships held in Kyiv, Ukraine served as a qualifying event, awarding quota spots to winners of both the men’s and women’s 3-meter and 10-meter events. Because the event would produce competitors for the Summer Olympics and would eventually feature the youngest European champion in history, media exposure was of heightened importance. 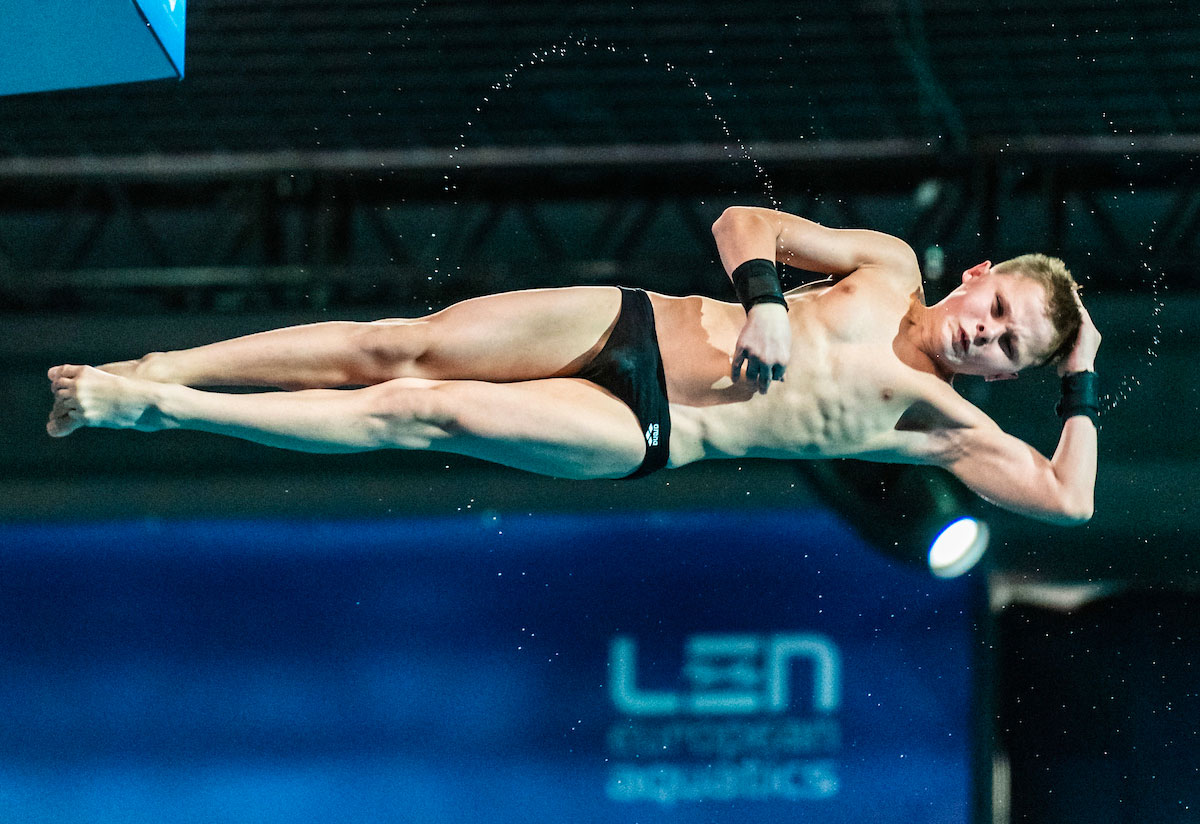 Sport Life Teremki hosted the event with approximately 350 people in attendance—250 of whom were spectators and 100 of whom were participants, media, and organizers of the event.

When the competition began, organizers ran into trouble when the Wi-Fi connection failed, and the current vendor would prove unable to handle the dense crowds. The contractor searched for another capable solution and found EnGenius.

“We were holding this event for the third year in a row and there have always been problems with the Wi-Fi,” said Alexander Radzievsky, head of the IT department at Liko-Holding LLC. “This year there were also many complaints on the first day, and I decided to try the EnGenius solution as an alternative.”

“The result exceeded all of my expectations… The deployment and configuration of the network took no more than one hour, which made it possible to quickly provide service to users.”

IT Department Head at Liko-Holding LLC

EnGenius built a network with the EWS377AP access point and the ENS620EXT bridge to deliver uninterrupted wireless transmission across the athletic venue. The network provided concurrent high speed Wi-Fi connectivity to all media members, journalists, and visitors.

The setup also provided strong, stable Wi-Fi coverage with no latency for live streaming the events. The rugged, weatherproof casing further delivered protection against the high humidity caused by the Olympic swimming pool.

The network was up and running quickly, providing all guests, media, organizers, and participants with seamless Wi-Fi service.

“The result exceeded all of my expectations,” said Radzievsky. “The deployment and configuration of the network took no more than one hour, which made it possible to quickly provide service to users.”

After installing EnGenius, for the week of the championship, Radzievsky no longer received any complaints about the quality of the wireless network. This was a far cry from the previous two years when the cheap equipment of the previous vendor caused constant problems and interruptions.

“Everything went perfectly,” said Radzievsky. “I made certain that the equipment specifications presented on the site are not the least bit exaggerated, and I recommend EnGenius solutions for similar events.”

Learn more about our EnSky line of Indoor and Outdoor Access Points.