Even as the pandemic slows to a crawl, many of the changes it has brought to colleges and universities across the country will be permanent.

There is currently a groundswell of college and university students returning to campuses across the country, but it won’t be business as usual. Many of the transformative disruptions the pandemic brought to higher education, especially as it relates to remote learning, are here to stay.

Even pre-pandemic, college enrollment numbers had been dropping steadily since 2010. To combat the decline, institutions have been reimagining the university space to include more remote classes (which 73 percent of students still want), massive open online courses (MOOCs), and even fully-online graduate and undergraduate degrees. Many institutions also offer “hybrid” courses that provide a combination of onsite and online learning.

Other high-tech trends in education are poised to change the technological landscape as well. Advances in media, apps, and virtual/augmented reality as well as the accompanying “data dumps”—massive image, video, and VR files—will burden campus networks in ways never seen before.

But there are ways for colleges and universities to prepare for the coming revolution and take advantage of the newly-expanded Wi-Fi spectrum.

One challenge for campus networks will be providing connectivity to much larger numbers of users. Many colleges have hundreds of students while larger universities like Texas A&M have tens of thousands. Add to that the exponential increase in onsite and remotely connected devices and you run the risk of network meltdown.

The newest EnGenius Wi-Fi 6 access points are ideal for colleges and universities with enough memory to handle 1000 concurrent users. The cloud management system is built on FaaS serverless technology, which is extremely scalable and can manage and monitor up to 100K devices.

Aside from the deployment of a new or upgraded campus network, campus IT staff must provide connectivity to incoming and continuing students while removing from the network students who graduate or leave. The larger the student body, the more crucial the network ability to handle the load. Pre-shared keys and VLAN pooling are two relatively recent technologies that can help.

MyPSK – EnGenius provides its own version of the “pre-shared key” called MyPSK, which automatically assigns a personalized password to each client on a network. Everyone gets a unique password for their own personal use. MyPSK allows you to instantly create up to 500 pre-shared keys (PSKs) for groups of users who you can then assign to any one of several VLANs (virtual networks), which will further allow them access to a specific set of resources like printers, databases, and collaboration groups. It’s also far easier to remove students who graduate or leave the school.

VLAN Pooling – VLAN pooling breaks a single campus network into separate virtual networks (VLANs) to reduce traffic. There are two key benefits: Not only can each user access and navigate the network faster, but they can also wander between buildings and still maintain a connection with their original VLAN and IP address. Since users are kept on the same VLAN with the same IP address, roaming and the user experience are greatly improved.

Conventional security protocols used to be sufficient for traditional onsite campus environments where it was easier to create a secure network perimeter. But the old model is unsuitable for universities where students, staff, and faculty move on and off campus, and online students access the network from across the country and even the world. Zero-trust authentication and security APs can help mitigate the risks.

Zero-trust security requires all users on or off-site to be authenticated, authorized, and continuously validated before being granted access to applications and data. Zero Trust operates without a perimeter. In much the same way as businesses needed to adopt zero-trust for their WFH employees, universities are well-advised to use zero-trust to secure the campus network as well as protect all the students and faculty who access it.

Colleges and universities can also add enhanced “security” access points to their networks. These APs don’t just scan for threats at off-peak times. They scan all the time using dedicated scanning radios optimized to protect networks against evil twins, rogue APs, flood detection, man-in-the-middle attacks, and radio frequency jammers—all while delivering maximum performance. This is the kind of protection students and staff could use.

Lastly, more educational trends on the horizon will benefit tremendously from the newly-opened Wi-Fi 6E spectrum, not least of which is the use of virtual reality (VR) to deliver immersive learning experiences—a tremendous improvement over and addition to video conferencing. Mozilla Hubs, Google Earth, Prospect, and VReddo are developing this kind of digital space where student collaboration and teamwork can flourish.

One glaring problem, however, is that VR files are enormous, requiring 10-20 times the storage space of regular HD video files. Moreover, user interaction data changes can generate up to one terabyte of data per hour. The newly-released Wi-Fi 6E spectrum is more than capable of handling this amount of data. Seven of the extra non-overlapping 160MHz channels and fourteen of the extra non-overlapping 80MHz channels in 6E will significantly increase throughput and proficiently handle emerging 4k and 8k VR displays. At this point, 6E is a massive, mostly uninhabited area of Wi-Fi spectrum just begging to be filled. 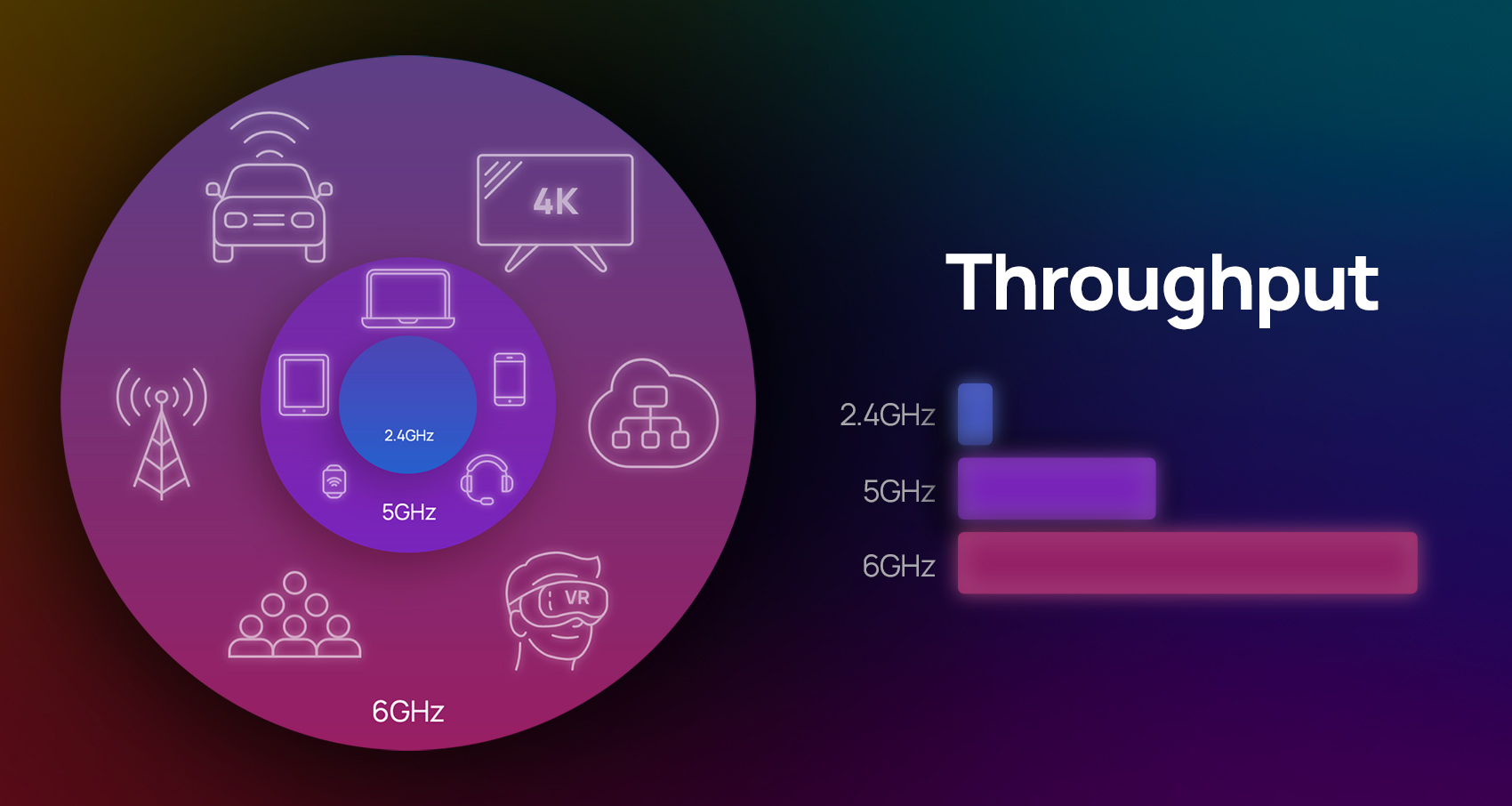 The technology is in its infancy, but virtual reality is set to revolutionize the world of gaming, business, and education. Wi-Fi 6E will be its playground.

As part of its entry into the 6E realm, EnGenius has developed its first Wi-Fi 6E access point, which support up to 8.4 Gbps using the 2.4 GHz, 5 GHz, and the newly-released 6 GHz bands. Operating in the wide-open 6GHz spectrum, these APs can greatly increase network capacity and reduce bandwidth congestion while removing frustrations caused by overcrowding of legacy devices on multiple Wi-Fi networks.

Colleges and universities face enormous challenges adjusting not only to changing learning modalities, but to the rapidly-changing technological advances that promise to enhance learning like never before. As education moves toward the future, EnGenius is well-positioned to help its partners attract college and university accounts by making stakeholders aware of the coming challenges as well as the best strategies for building and future-proofing their Wi-Fi networks.