UDP (User Datagram Protocol) is an unconnected transport layer protocol in the OSI (Open System Interconnection) reference model, providing a transaction-oriented simple unreliable information transfer service. It is called “unreliable” because there is no handshake or verification of the data transfer.

It is not a connection type protocol, so it has the advantages of low resource consumption and fast processing speed. Therefore, audio, video, and normal data usually use UDP when transmitting, because losing even one or two data packets occasionally is not that big of a deal. We barely notice if a packet drops from a video stream or call.

UDP does not have a TCP handshake, acknowledgment, window, retransmission, congestion control, etc. UDP is a stateless transport protocol, so it is very fast when passing data. Without the mechanisms of TCP, UDP is less vulnerable to exploits than TCP.

Due to the unreliability of UDP, it has been limited in some applications. Therefore, we have proposed a reliable UDP transmission mechanism to solve this problem. It can also be applied to other applications besides high-speed data transmission, such as Point-to-point technology (P2P), firewall penetration, multimedia data transmission, and so on.

The sending and receiving parties are divided into a connection initiator and a receiver, and data transmission is performed through Reliable Packet Transmission with UDP. 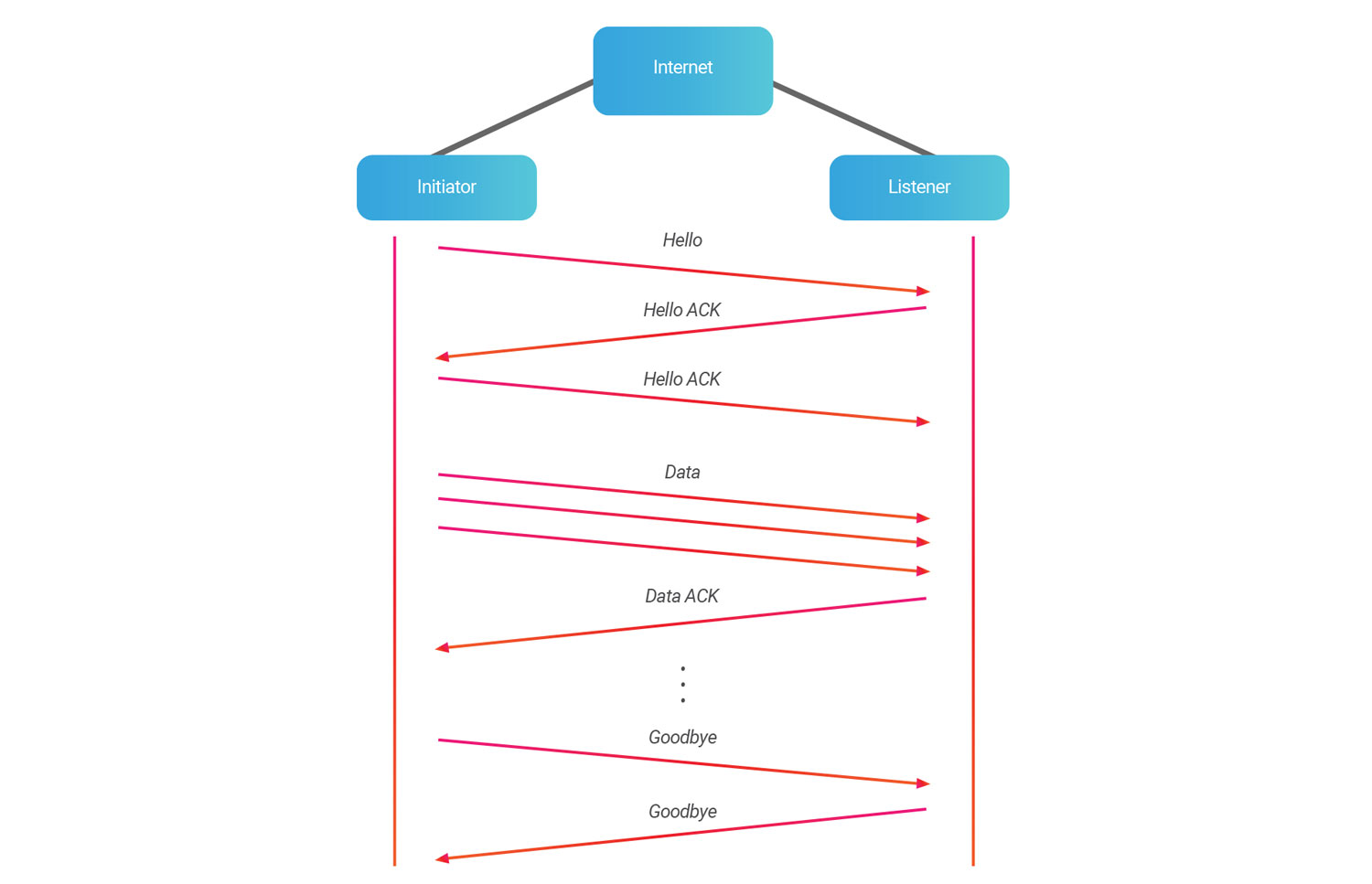 The DATA ACK packet traffic caused by the time. This is illustrated in Fig 3.

Different technologies can be selected according to different transmission scenarios. It is possible to choose a loose congestion mode or a specific retransmission mode, but no matter how you choose, it is based on Expense, Latency, and Quality. The trade-offs between the three can help developers find a better solution by combining the scenarios and balancing the triangular balance.